Ian McElligott is a Yorkshireman, born into a musical family; his mother , a pianist and father, a percussionist. 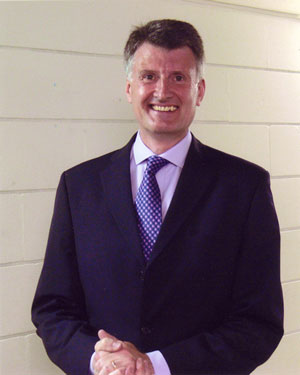 By 2000, Ian had risen to the rank of Major, and upon completion of a particularly successful and rewarding career as a Service musician, he relinquished his final appointment as Director of Music to the Band of her Her Majesty’s Coldstream Guards.

Ian continues to receive commissions for compositions and arrangements. Between July 2002 and November 2003 and May through to September 2006 he was Professional Conductor to the Brighouse and Rastrick Band. In 2007 he was appointed Musical Director to the Sandhurst Band, relinquished only to relocate to York in August, 2015. In January, Ian was offered the exciting position of Resident Musical Director with Carlton Main Frickley Colliery Band, an appointment he was thoroughly delighted to accept.